Provide your own Name for range of cells

Sometimes you may need to use ranges in formulas which can be simplified by giving the range a name and then using the name in the formula. Name manager is used to create, edit, delete and find all the names used in the workbook. Names can be used as substitutes for cell references.

Let’s understand with an example.

We want to find the Total Sales made by each zone.

We will take a look at the difference of using formula in the named range and without named range. 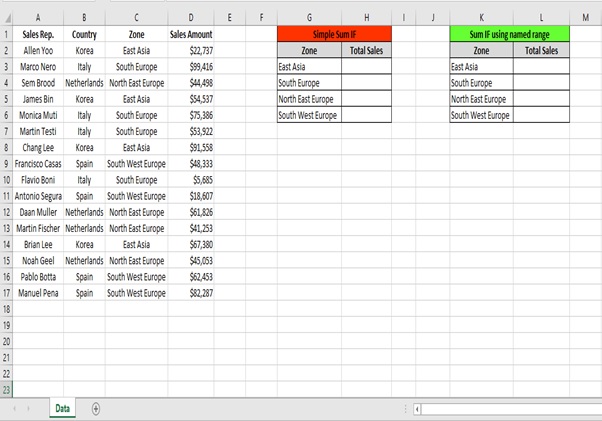 Step 1: Type the below formula

You use the SUMIF function to sum the values in a range that meet criteria that you specify.

The SUMIF function syntax has the following arguments:

Step 2: Drag the formula to other Zone by selecting the cells (H2:H6) and press Ctrl+D

Let’s find out the sales of Zone using formula in the name range.

Step 5: Type the Name as “Zone” since we are going to give range to Zone field.

Step 6: Type the below Formula in the Refers to box 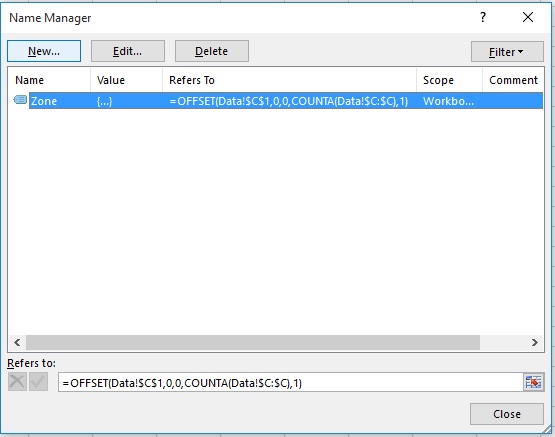 Step 9: Type the Name as “SalesAmt” since we are going to give range to Sales Amount field.

Step 10: Type the below Formula in the Refers to box

Step 12: We can see that we have created 2 named range using OFFSET function. 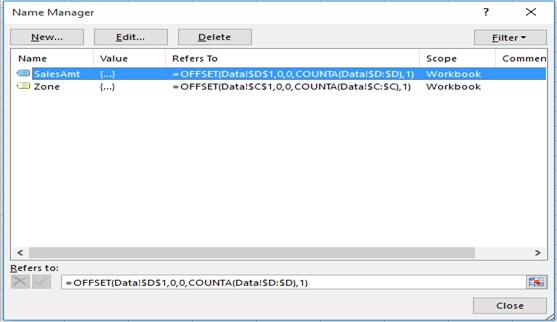 Now let’s find out the sales of Zone with the named range.

Step 1: Type the below formula

Note: There is no difference between the Simple SumIF function and Sum IF using named range. 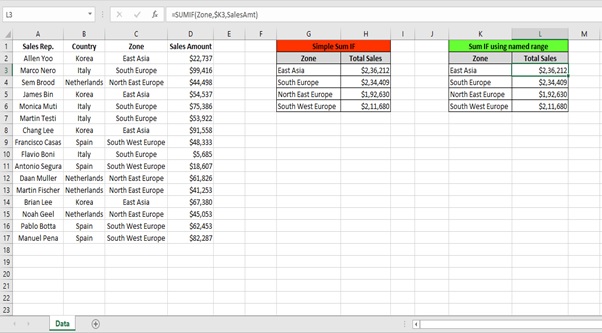 Step 2: Drag the formula to other Zone by selecting the cells (L2:L6) and press Ctrl+D

Note: You still cannot see the difference between the Simple SumIF function and Sum IF using named range

Now you can see a difference in Sales amount of East Asia of $50000 which has increased due to the added record in the sales table. 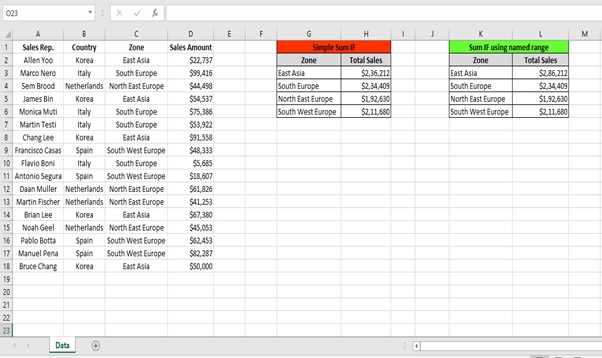 Step 4: We add 3 more records to the sales table for the other 3 Zones.

Now you see the difference in the Total Sales amount in other 3 Zones as well. 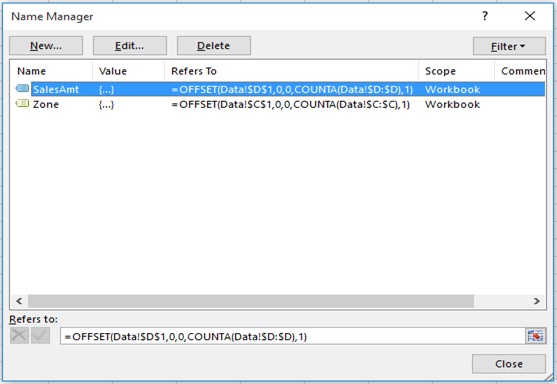 Please Check All Boxes Where Your Answer Is YES!

You can learn Excel by watching random YouTube-videos and reading online tutorials…
… but it’s CRAZY inefficient (that approach took us 7 years!).
That’s why we have distilled all our knowledge into “Excel Logics”. 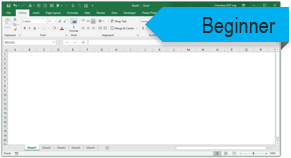 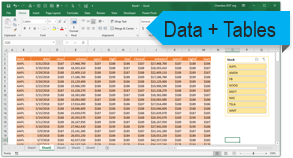 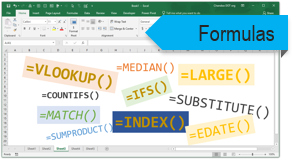 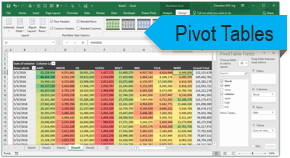 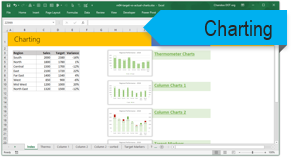 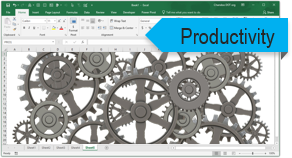 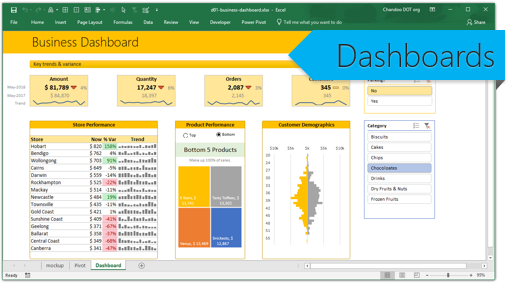 Most frequent questions and answers

Q1 ) Can I have a sample lesson video?

You are welcome to view the videos at https://career-growth.co/excel-tutorials/, which is the website address where we have compiled them for your convenience.

Q2 ) Is there a Money Back Guarantee?

If you – for WHATEVER reason – don’t think Excel Logics is worth the cost, send me an email within the first 30 days and I’ll refund you immediately. You are 100 % Protected & safe.

Q3 )Why do we need to learn Microsoft Excel?
All of us want to excel in our fields. Microsoft Excel is a very powerful tool which is evolving for the future. We therefore as readers, users and professionals also need to be prepared for the future and strengthen our knowledge of Microsoft Excel. If they say data is the new oil then Microsoft Excel would be an oilfield.
Q4 )Where is Microsoft Excel used?
Today Microsoft Excel is widely used across all sectors predominantly in financially-related activities and is a pre-requisite for anyone who wants to be in a critical role in an organization. Big opportunities and bigger fortunes are there for those who take up their learning seriously which can move them ahead of others.
Q5 )Is Microsoft Excel going to benefit my career?
Organizations closely monitor the performance of employees and reward deserving employees for their achievements. At some point in time in your career you would be required to demonstrate your excel skills which would establish you as a core professional within the organization. Your career growth would be rapid and you would have an advantage over others with Microsoft Excel as one of your skill sets.
Q6 )What impact can you create as a professional with Microsoft Excel?
Do you want to create a long lasting impression in your organization? Remember the real recognition and appreciation will come when you work smart and you can work smarter by using Microsoft Excel. You can become an inspirational leader for each and everyone in your organization.
Q7 )Can you compare Microsoft Excel usage to improve your skills?
The use of excel can have a greater impact on your other skills also. Since Microsoft Excel can be used as a planning tool it would help you to plan efficiently and effectively. The journey to learning Microsoft Excel is a long one. It needs meticulous planning, preparation and action and focussed direction. The multiple features of Microsoft Excel will help to enhance your skills.
Q8 ) How are our tutorials different from the ones available online?
To work with Microsoft Excel you need to follow a structured approach to your learning. Our tutorials are designed by professionals who have worked in various roles and have essential knowledge to be able to design modules for most sought and frequently utilized topics in your work place. We follow a structured approach to design the training programs which are easy to follow by beginners or advanced professionals.
Q9 ) How will you benefit once you complete our training?
You will learn how to create strong added value to your business or area of work. You have multiple options right from applying the learning in your day to day operations at work and you become more employable if you are searching for a short term or long term opportunity.
Q10 ) What are employer’s perceptions about you when you complete our training?
The employers see you as a person who has mastered an important software application and this gives them an impression that you may be willing to further learn additional skills to support their business.
Q11 ) What is our course delivery methodology used?
Our focal courses are designed as multimedia learning wherein the learner employs both auditory and visual stimuli to learn information on Microsoft Excel. Our courses provide “Synchronous learning” in real- time and is supported by asynchronous learning activities.
Q12) What is the delivery model at Excel logics?
Our focal blogs and videos are designed, developed and delivered (D3) through a tailor made DDAR model – Design, Delivery, Assessment and Relationship management model which is the best model for the learners of the 21 st century.
Q13 ) How will our training blogs and videos help you?
The blogs and downloads can be used by you to facilitate your learning in a simple way and with the videos which can be viewed on different video supported portable devices you can perform the same steps in parallel. The videos would serve as an assistant to help you complete the steps for the topics.
Q14 ) How can you assess your Microsoft Excel knowledge post completion of our course?
The validation units are designed to include pop-up quizzes, multiple choice assessments, graded essays, end of course assessments, case studies, mini projects and end-of-course projects which provide a quantitative and qualitative assessment of the learners.
Q15 ) What is the course coverage at Excel logicss ?
We cover A-Z of the concepts and topics on Microsoft Excel. Some of them are as below

Analysis, Basics, Calculations, Dashboards, Examples, Formula and Functions, Graphs, Highlighting, Index, Joins, Know hows, Lookup, Macros, New Features, Options, Pie Charts and Pivot, Queries, Reference, Shortcuts and Statistics, Tips and Tricks, Usability, Variables and What If Analysis
Q16 ) Which professions would largely benefit from our trainings for MS Excel?
The course is designed for anyone who works with Excel models and performs Financial Analysis. As it is designed for Financial Analysts in Investment Banking, Equity Research, FP&A and corporate development it would help you to make your analysis more dynamic and powerful and position you as a world class financial analyst.
Q17 ) Which version of Excel do I need?
The downloaded content is compatible with all versions of Excel and can be saved as per the version you operate with. It supports Excel 2007 to 2016 for Android, Mac OS and Windows
Q18 ) Can I use this on Mac Excel?
You would be able to use the examples for Mac Excel as the examples are designed using Office 365.
Q19 ) Is this a onetime payment?

Yes you just have to pay once to avail all the offerings of Excel logics including access to the blogs,
training videos, business cases and message boards. You can also get complete information on planned
training programmes and we can accommodate your flexible schedules.

Q20 ) Do you have a money back guarantee?
If you put in the work but don’t feel like you’re making progress, it’s our fault – not yours. We stand by this course with a 30-day 100% money-back guarantee. Try the entire training and decide if it’s right for you. If it for whatever reason isn’t the right fit you for, send us an email and we will refund you.
Q21 ) Are there any renewal fees?
No, there is no need to renew as it is onetime payment and it is valid for life time access.
Q22 ) Will I get support to solve my queries?
Yes for 3 years you will get 24 X 7 support via email